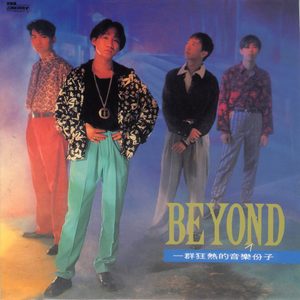 Beyond is one of the representative rock bands in the Chinese music scene. Beyond was established in Hong Kong in 1983. It has always insisted on local originality and actively adopted Cantonese lyrics to replace Hong Kong’s English-dominated rock music. It will be regarded as "underground music" in Hong Kong. "Heavy metal rock music was brought to the mainstream music scene and repackaged to make it popular. Whether the band is composing, writing, arranging, performing, and supervising, most of the members are arranged by each member, and the content of the work is mostly realistic, including: the band members’ vision and hope for the future, expression of the pursuit of ideals and the real world Contradictions between each other, reflecting social conditions and satirizing current abuses, advocating peace and love, and what members see and feel about things around the world. In 1993, the 31-year-old Huang Jiaju had an accident while filming a game show in Japan. He passed away after being in a coma for 6 days. After that, the band continued to develop as a trio until 2005, and held the "Beyond The Story Live 2005" farewell world tour in 2005. After the concert, each member continued to develop his own music career.