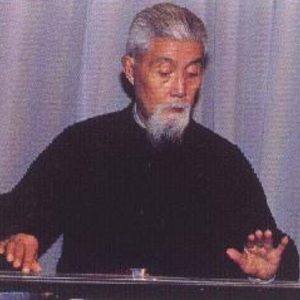 Wu Zhao-ji was born in Hunan in 1908, China. At the age of 4, his family moved to Suzhou, where he lived the rest of his life until his death in 1997. Raised in a musical family, he learned the guqin from his father, and in 1921 became a student of Wu Jinyang. After many years of study he created his own style of tai-chi based on Daoism. Wu Zhaoji is an archetypal "literatus" qin player; his smooth, detached, intellectual, yet vigorous style made him one of the most highly-regarded amateur players in the late 20th century. The "Wu" school of qin playing currently centered in Suzhou takes him as a leading figure. 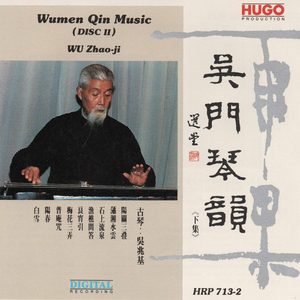 The guqin is the modern name for a plucked seven-string Chinese musical instrument, which literally means "ancient stringed instrument". The guqin has been played since ancient times, is an instrument of great subtlety and refinement. It is sometimes referred to by the Chinese as "the father of Chinese music" or "the instrument of the sages".