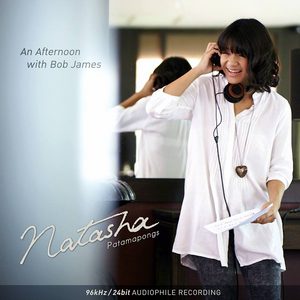 Natasha Patamapongs是泰國著名年輕貌美爵士樂女歌手。
Natasha's first self-produced record with her band “Mellow Motif” marked a turning point in her music career. Starting off as a non-music-major group in college, Natasha (vox) and Eugene Ang (piano) went on to record and later released their self-titled album in February 2009 under Warner Music Group (Thailand). Mellow Motif's debut album has successfully achieved both popular and critical acclaim inside and outside of Thailand. This release has made Natasha the first Jazz vocalist in the country to become regionally recognized. Mellow Motif works tirelessly as ambassadors

Performing original, highly inspired, and light-hearted arrangements of jazz standards, Brazilian music as well as original compositions, Natasha has captured the hearts of both non-jazz listeners and jazz aficionados both in and out of the country. In November 2009, CNN Asia has listed Mellow Motif as one of Bangkok's Top-20 People to Watch - listing Natasha and Eugene as “phenomenal musicians” who fuel the band's “well-deserved rise.”

Apart from singing, Natasha is also responsible for arrangements, production, artistic direction, and PR work. Natasha collaborates with many top jazz musicians across the country and region. She makes regular appearances at Southeast Asia's premier Jazz club 'No Black Tie' (MY) where she performs with Malaysia's very own Michael Veerapen (pf.) and Lewis Pragasam (ds.). Natasha also works with one of Thailand finest jazz pianists/composers whom she greatly respects, Dr. Denny Euprasert.

Mellow Motif's most recent release, “Sabuy Dee”(2010), is a hard swinging album that consists of re-interpretations of tunes from the 30s to 50s, original compositions, and jazz renditions of Thai favorites such as “I Feel Sabuy Dee”, and “Tur Moon Rob Chun, Chun Moon Rob Tur”. Highlight of this album include Natasha's arrangement of Joe Ricardel's 'Frim Fram Sauce' featuring real kitchenware as musical instruments.

Natasha teaches at Rungsit University's Jazz Department as an Adjunct Professor in Vocal Jazz. She also does voice-over acting on the side. Her past performances as a voice-over actor include those on 'Paddle Pop' (as 'Liona' for the Monk Studio), and 'Flying with Byrd' (as 'Daniella' for Anya Animation Studio).

An Afternoon with Bob James(錄音室母帶24/96) EP